Reminder:
The NCPIC (National Cannabis Prevention and Information Centre) is 100% funded by the Department of Health Australia and Run by Jan Copeland (@cannaboss) who works to Sussan Ley MP (Lib).

In the past I (and others Cannabis Law Reformers in Australia) have been critical on the NCPIC for their ‘mixed messages’ on the ‘Internets’ via their web sites, Facebook, twitter, and the news media.

They choose to be very contradictory, mixing metaphor with truths and truths with half-truths, even offering new definitions of words to suit their own agendas.

1)       Confusing that ‘Marijuana’ is different to ‘Cannabis’, then saying it is the same elsewhere.

2)       Citing opinion pieces as facts to show even medical cannabis in a bad light then saying they are not opposed to medical Cannabis.

3)       Definitions like, “the best medicinal cannabis is made in a lab” then pointing to their partners’ pro- pharma Cannabis extracts by GW UK (and distributed in Australia by Novartis, a $150b pharmaceutical company that is a large lobbyist and financial contributor to the Australian Government per the NCPIC public audit records and public emails and message boards even donates hundreds of thousands of dollars’ in Australia.

4)       The NCPIC promotes the GW UK product Sativex, ignoring that it will get you high (stating it does not,) something even the GW UK addresses is true. It is just 1/10th as strong due to the fake balance of CBD and THC.

5)       Ignore that though GW UK Sativex, can work for some ailments, it will not work for others being it is not a natural product and has the chemical formula of natural Cannabis changed so it can be patented and sold as a new and licensed product.

6)       The NCPIC goes on that the reason cannabis is not approved is it has not gone through rigorous testing to the gold standard (also called the Cochran Standard). It is ignored that the gold standard tests cannot be done in the USA or Australia due to it being illegal to do so DOH !

7)       The NCPIC ignores that the only tests done historically on Cannabis has been those done to specifically point Cannabis in a bad light (e.g. The Shafer report in the USA in 1971 by then President Nixon was intended to do this but showed the benefits instead was scrapped, Shafer was fired.

Therefore, the [Shafer] Commission recommends … [that the] possession of marijuana for personal use no longer be an offense, [and that the] casual distribution of small amounts of marihuana for no remuneration, or insignificant remuneration, no longer be an offense.” – laws on marijuana confuse younger people about drugs and drug laws and contribute to harder drug use and increase paranoia 100% due to police intervention and suggest possession of up to 1kg be considered for personal use and guilty of no crime. – Shafer Commission, on behalf of Richard Nixon 1972 – (audio tape is online courtesy of National Archives) 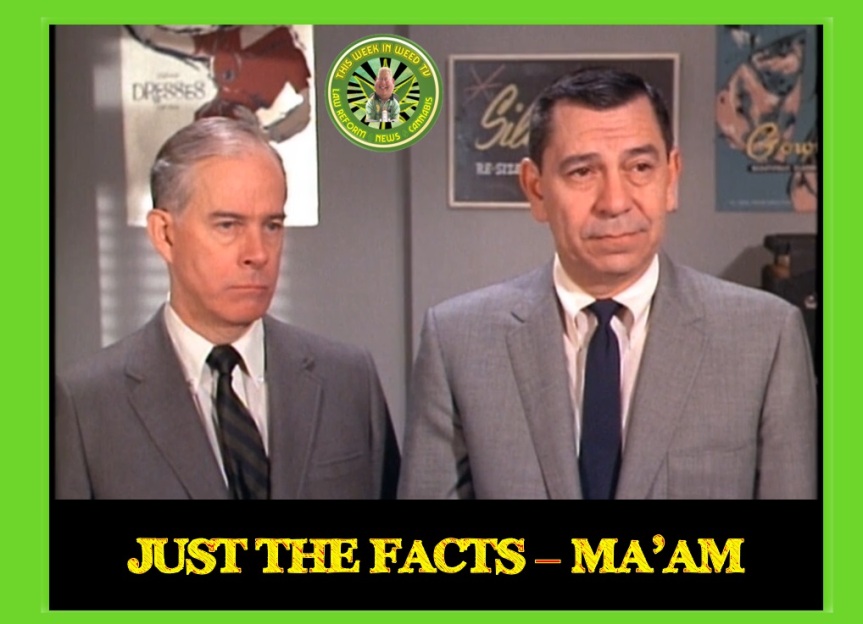 8)       But there is more, NCPIC says there are no studies that show Cannabis cures cancer. This splits hairs again as they are referring to illegal studies that cannot take place. The truth is there is a lot of evidence that shows full Cannabis oils can reduce or a least help some cancers for over 20 years.

9)       Other choices of miss information is, that doctors do not prescribe Cannabis in countries like the USA as they do not know what is in it, or how to offer a dosage for it. This again is false, the prescription policy in the USA is Federal not state licensed. As Cannabis is Federally illegal in the USA doctors CANNOT prescribe it. However, thousands of doctors do license, suggest it and even issue medical cards to users to buy and grow their own Cannabis.

Define Addiction: compulsive need for and use of a habit-forming substance (as heroin, nicotine, or alcohol) characterized by tolerance and by well-defined physiological symptoms upon withdrawal; broadly:  persistent compulsive use of a substance known by the user to be harmful – .merriam-webster

Where doctors are allowed to recommend it they say it is about balance and to take it slow with dosage. As side effects are minimal, the urgency for follow up etc is less important than other types of medicines.

The miss wording from NCPIC, and their sister organisation at NDARC (both funded by Susan Leys DOH! (Department of Health) has made it into Australian anti-cannabis aspects of current Bills in various states and federal Bills such as the Regulator Cannabis Bill 2014, and the VLRC (Victoria Law Review Commission) Report October 2015.

In more refined arenas where Cannabis is legal for recreational use or medically, it is treated like alcohol, for the purpose of law enforcement and public safety. Anything contrary to this as it was addressed to Richard Nixon by his Shaffer Commission, it is just confusing and encourages other drug use (as people soon find out the miss truths means those offering them cannot be trusted).

I encourage folks that care about Cannabis Law Reform, this to let the NCPIC know (Facebook, twitter, website etc, email or call) Twitter @ncpic , @cannaboss and remind them any campaigns using their miss information, is on them, and @sussanley (MP) and your local MP.

Have a great holiday season folks, remember if you do not help change the laws, the politicians will do it for us.