In the English speaking world and beyond, the words “hemp”, “cannabis”, and “marijuana”
are well understood in their meaning. Australia never a country of conformity, choose via their government to do things slightly differently.
well very differently.

In Australia, according to a recent (2015) poll (1), 91-94% of the population support the use of Cannabis for medicinal purposes. Unfortunately, only 5% or less of the politicians agree with the people that they are supposed to be representing.

Also, the public do not have billions at risk in the pharmaceutical industry where Australia’s own opioid industry alone is the largest of its kind in the world, and a perhaps well servicing prime minister whose own wife is the chairman of a pharmaceutical company herself for almost 6 six years and is known to be “out of alignment” with his own party. Malcolm Turnbull is the richest prime minister in Australian history and the 2nd richest ever parliamentarian only being surpassed by billionaire Clive Palmer.

The result is the government then has a self-imposed challenge, how to follow the “will of the people, and legalise medical Cannabis but prevent anything that gets you “high” in medicine or worse recreational use.

Australia’s  War on Drugs Evolved for 2016

A recent impact of this was the recent bill that passed supposedly against 100% ICE, a real issue in Australia, was actually about Medical Cannabis and the video the journalist used was slightly edited, to make it appear it was about ICE and not Cannabis and the bill passed virtually undebated.  The journalist when asked why he lied in a story this week “It is not a lie even if the story is false, if I did not know it was false”. The journalist in question a senior political contact, Richard W in Australia, on being notified of the mistruth not only did nothing about it, but continued the trend of “mistruths” recently in another story. Journalists in Australia are not required to remember what they say in phone conversations, or remember facts if not addressed in a sound bite. Ethics it would seem is too “old school”.

Ask any politician in Australia and if they have read the script their answer is very simple and they are spending millions on the outcome of the performances.

“Young Johnny, did so well on illegal unsafe, crude, black market, illegal cannabis, we are going to change the laws so this does not happen again and give them safe and legal medical cannabis”.

To the 94% of the public that support medical Cannabis most of them will take these words and stories in the media at 100% face value. Those that have followed the bills know what that really says and what has really happened. The new laws are steeper penalties and the new legal products have been promised for years but anything with THC still remains illegal.

The government has declared THC is illegal, so the only thing that is legal are pharmaceuticals. Mainly Epidiolex from GW Pharma, that are leading all the research in Australia and training and overseeing all the government research. GM is distributed by Novartis, a $174B (AUD) pharmaceutical giant. This combined with Bayer AG being the largest distributor of GM Pharma in the World, and about to purchase Monsanto, some of the concerns around medical Cannabis are embedded and old for Australia but new and fresh for other countries.

To those that understand the truth, seeing the state premiers pose with Cannabis that has no THC, and has little medical value

What Happened and Now What ?

Federally, Ten years later in 2006, the FDA legalised GMO Cannabis by GW Pharma with support from Bayer AG. Overall this had little impact at the time. Jump ahead another 10 years to 2016 and the pharmaceutical industry is long embedded in the Australian government.

Australia exports around $5billion in pharmaceuticals every year and trunsover around $23billion every year. – www.bit.ly/aus-opiates

Medical Cannabis was legalised in California USA in 1996, it was not pretty, it was not perfect but it stuck. It has continued by various US states in defiance of the UN Single use act, and why Cannabis is still federally illegal in the USA. That illegality is how some countries such as Australia choose to enforce Cannabis prohibition under the banner global responsibilities.

Back in 1984 (ironic) there was a Royal Commission in the Australian aptly known state of South Australia also known as the Sackville Commission, it essentially said Australia was misinterpreting, misinforming, and incorrectly enforcing the UN Single use act specific to personal use of Cannabis. The UN though some say not clear enough, essentially said personal use was not the issue trafficking was. This left Australia with some suggestions, mainly to allow personal use and decriminalize Cannabis. Unfortunately, the suggestions were voted down and though Australia did slightly decriminalize Cannabis as a result in the state of SA, it created nationally an exercise that goes on today to lower the benchmark of what trafficking is.  This means though growing cannabis for medicine and with very few plants are guilty of trafficking. States have also made changes to bills and acts, to create new laws on encouraging trafficking. This means if you visited a website that talked about how to grow a single plant, and then sent a link in an email to a friend, you are guilty of 2 serious crimes with stiff penalties, 1) encouraging trafficking by viewing a story (a 5-year penalty) and contributing to trafficking by sending the email an additional 10-year penalty. It is not clear how the laws will be enforced but frequent arrests by those that use social media to sell or just discuss issues has risen sharply from 2015 to 2016 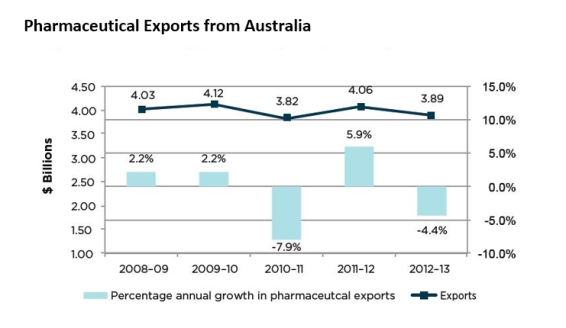 GMO depending on your view of the world is bad good or doesn’t matter.  Visiting a large superstore selling USA GMO strawberries, all identical all the size of a small lemon, and all tasting more like strawberries than you have ever tasted before may be viewed as not so bad by many.

Off on research to Germany, & Amsterdam I need to explain the messed up world of Medical Cannabis in Australia, as simple as possible as my German is “scheiße”.

Before I do I need to give mention to the US DEA, that recently rejected re-scheduling. Podcaster and UFC great Joe Rogan recently got it pretty spot on. Research in the USA uses primarily the gold standard or Cochrane test (no not the guy that discovered “Space Warp” on star trek).

However it is worth noting the Cochrane test has passed serval drugs used for “Cannabis addiction”
They see no benefit in Cannabis but do so in treating addiction (starting to see a trend here)?

Cannabis and Schizophrenia –
There are 2 trails to this particular fuckery. In the UK at one time (2014) some folks in Liverpool England laced cannabis with PCP and heroin. Apparently these added “special ingredients” acted different to real Cannabis alone (DOH! ). http://bit.ly/laced-skunk . This gave the strain of “skunk” a new meaning to deadly weed in the UK. One story also came out said, “ Some folks that smoke cannabis also become paranoid” (did not say for a  for a short period of time). The story was then “Paranoia, is a mental disorder that includes psychosis and …. (wait for it) … Schizophrenia”. SO the story created a “bucket” of mental disorders, that they included paranoia,  Schizophrenia and psychosis.