story is being auto-loaded

For those of us that have worked with government on Cannabis legislature, bills, policy or even those that have worked on submissions etc, we sometimes forget that most people including many activists do not see the full story based on the facts, only what the media reports.

“The UN is a great example – Australia has spent a lot of time and money to prevent REAL Cannabis for even medical use a real fear by the government per the head of the ODC Bill Turner so Australia chooses to hide behind the UN Acts – While the USA ignores them and Canada and others amend them. That inconsistency alone typifies the problem” – But there is of course more.

Pharmaceutical Industry Deeply Embedded in Australia Government
The Pharmaceutical industry is part of the Department of Industry in Australia. It is not surprising they would control what the government does on Pharma Cannabis vs REAL Cannabis even for medical use. They are greatly afraid of recreational use even more so.

The New Australian Government Created Cannabis Black Markets
Prior to 2014 there were really only 2 types of Cannabis black markets, the home growers for medical or recreational use and the larger more organised growers. When Australia legalised pharma CBD and promoted it widely but made it not available this created an international market to flood Australia with fake CBD.

Then Australia legalised CBD, but then made it illegal again unless for external use. This allowed CBD oil companies to put labels on their products saying it was for external use only, but then telling all customers it was just a trick. The growth in the CBD market, and investments skyrocketed to this day. But then Karma happened.

With Australia promising real Cannabis / real CBD etc but making it expensive to impossible to get, 5 new black markets have appeared in Australia making 7 all together 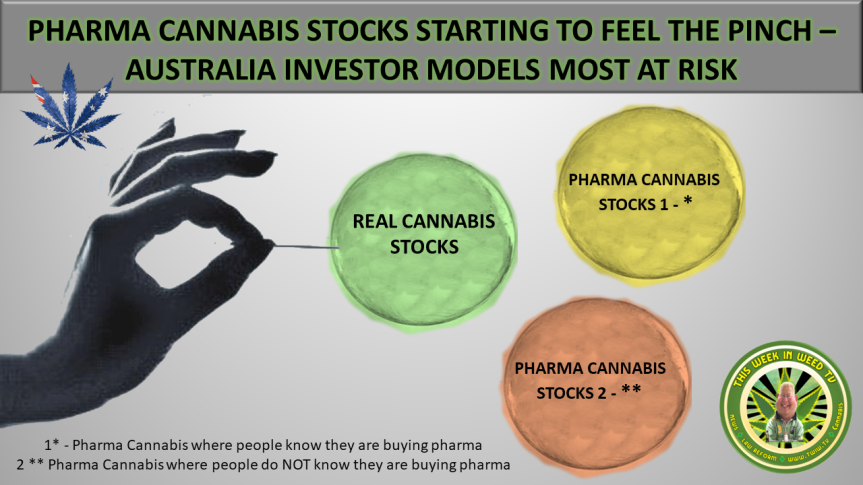 A reminder that in California when we legalised REAL Cannabis for medical use in 1996, it was about medicine, AIDS, and the LGBT community and revenue. The pharmaceutical industry was not really opposed, and in some cases helpful on law reform. Pharma Cannabis would not hit the market for another 7 years but was being invented by (now) Bayer-Monsanto R&D with GW Pharma UK – and GMO made to order Genetics by Hortapharm NL -per their 2003 press release  – http://bit.ly/GW-Bayer-1  Bayer -Monsanto is still the largest distributors in the world of GW Pharma UK in the UK & Canada, with Novartis covering Australia and other countries.

The forthcoming years would see various USA states legalise Cannabis or CBD for medical use, before being legal for recreational use. 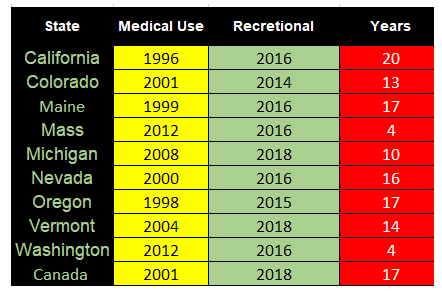 The result is in Australia CBD, GMO, hemp,  isolates and even Cannabis synthetics (as not even from a plant) as of 2016 is now defined as CANNABIS. The government recently said  over 1400 scripts have been given out for “legal medical Cannabis scripts” but  NONE of these included real Cannabis.

Australia Licenses to Grow Pharma not Cannabis
Unfortunately with REAL Cannabis being illegal in ALL States this meant the government declared there was no “legal demand” for REAL Cannabis so no licenses were given out in Australia to grow real Cannabis for human access in Australia only testing and later for export. The result of this is that hemp with over 1% THC or .3% depending on on the state had to destroy their crops / products or become legal medical cannabis providers and invest millions in processes and government insurances for an industry that had been legal for decades otherwise.